My man Chris Ingalls, music guru at www.popmatters.com drops by for his regular appearance on the Get the Knaak podcast. We discuss everything from Yo Yo Ma’s latest with a couple of unlikely collaborators to the unreliable narrator style of fiction. You’ll get a dose of politics to go along with a lively discussion about what’s happening in TV and film. And, as always, we discuss writing and literature – but not in a dull boring way.

I think we are all influenced by literature in some way. From the moment we are introduced to it, we either gravitate toward it or run from it, screaming. I belong to the group of people who did the former, although I was never much of a fan of the required reading in high school. However, there were some classics that helped mold the reader and writer I became.

Along with the Alcott, Salinger, Shakespeare, Orwell, et al, tomes that we were part of the curriculum in my junior and senior high schools, I developed the need to seek out stories that appealed to me. The Black Stallion by Walter Farley held particular interest when I was young. Herman Melville’s Moby Dick was one of the first novels I ever read for “fun.” John Steinbeck’s Of Mice and Men stuck with me. I developed an affinity for horror fiction, Gothic horror in particular in the process. I also enjoyed weird tales and science fiction.

I couldn’t have been more than nine or 10 years old the first time I read Dracula, and then shortly thereafter Frankenstein, or The Modern Prometheus. How apropos that title is, because it helped ignite a lifelong love of books. I read Isaac Asimov, H.G. Wells and Jules Verne. I read Kurt Vonnegut and Ray Bradbury, and I consumed H.P. Lovecraft.

I owe quite a bit to Lovecraft. His stories of the weird, his tales of descents into madness, his Cthulhu Mythos – and the movies these stories inspired – helped forge a lifelong bond with my best friend. They also taught me that good horror fiction pulls back the veil just enough to give you a glimpse and that a full view is too much for the human mind to handle. Lovecraft also inspired countless writers (including yours truly) including Stephen King. And you can’t tell me that Clive Barker wasn’t influenced as well.

One of the greatest things I ever read in horror fiction was King’s Night Shift. To this day I consider it the best collections of short stories I have ever seen. I also have a book of short stories called Prime Evil – a collection of terror written by several authors. King’s The Night Flier leads off Prime Evil. This book is the only volume I have ever found that contains The Night Flier.

Years ago I also became aware of the Beat Generation, the Beatniks. Jack Kerouac, William Burroughs, Allen Ginsberg, Neal Cassady and that crowd of hepcats. Funny thing is, I didn’t read anything by them, and I was just enthralled by who and what they were. Kerouac oozed cool to me. His reputation as the progenitor of quintessential second half of 20th century American literature exceeded anything I had endeavored to read. But On the Road was always on my “to read” list.

I finally got around to reading On the Road a couple of years ago. It affected me. Not many things affect me in this way. I’m sure I’m not the first and I won’t be the last to say or write that. I found that Kerouac’s narrative style was eerily similar to my blog style. This was further confirmed as I started to read The Unknown Kerouac, which was translated from the original French just last fall. I found Kerouac’s journals and essays to be very similar to my blogging style. I am no Kerouac. His descriptions of the world around him are pure poetry. I am a blunt instrument compared to the King of the Beats. But I can turn out 1,000 words in a blog at the drop of a hat.

I followed up On the Road with The Dharma Bums. What I have found with Kerouac is that when he is moving, when he is “on the road” so to speak, he is brilliant and I love him. When he is stationary, when he is trying to figure it all out, he bores the hell out of me.

But his prolific period, when he was stoned out of his mind on Benzedrine – he wrote On the Road in three weeks and The Dharma Bums in two – is the stuff of legend. Ginsberg said he was worthless while he was taking it, but Kerouac…Jack spewed prose while whacked out on speed. I’m powered by coffee and Scotch.

I recently learned of a Beatnik/Lovecraft connection and my mind was blown. Apparently Burroughs attended a lecture or class taught by a huge fan of Lovecraft’s named Robert Barlow. After several failed attempts at becoming a writer, he became an anthropologist and taught in Mexico. Burroughs, on the run from an alleged drug charge, attended Barlow’s lectures on Mayan culture. The Naked Lunch apparently emanated from this time. A brilliant article from The New Yorker discusses this more articulately than I ever could. 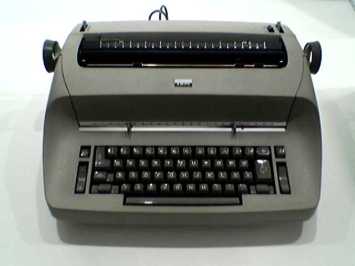 When I started consuming works of horror and thriller fiction, I had the mind to write a novel. During my time aboard the USS Saratoga during the first Gulf War, Operations Desert Shield and Desert Storm, I wrote letters home in prose. I used an IBM Selectric electric typewriter. Hell, I told short stories rather than write letters. After writing for our cruise book and deployment newsletter, shipmates asked, “what the hell are you doing here?”

It wasn’t until 2011 that I had an idea for a book. I shared the beginnings of something written in the third person with a cousin, who is also an aspiring writer. His feedback stung. It was clear that I had no idea what I was doing when it came to novel writing. “Head hopping,” “show, don’t tell,” all these terms and techniques were foreign to me. I put it away. A year ago January I dragged it out. I took my cousin’s suggestions, I rewrote it from the first person perspective and it took off. Thirteen months later I had a finished product. I told the story I wanted to tell. Within a month I was under contract with a publisher.

I have written a dark, bloody, exciting vampire tale set in modern-day San Francisco. It’s called The Dark Truth and it is due out in trade paperback and e-book in February.

I have often joked that I had to live past the age of 47. Lovecraft died at 47. Kerouac died at 47. I am 47. I’ll be 48 in a few months. Lovecraft and Kerouac produced a tremendous amount of published work by the time they died. My sports writing is one thing. I’ve written articles that number well over 1,000 that live on the Internet. But, fiction? Well. I’m just getting started. But in nine short months I will join my literary heroes as a “published author.”

And I am just now starting to pull back that veil.