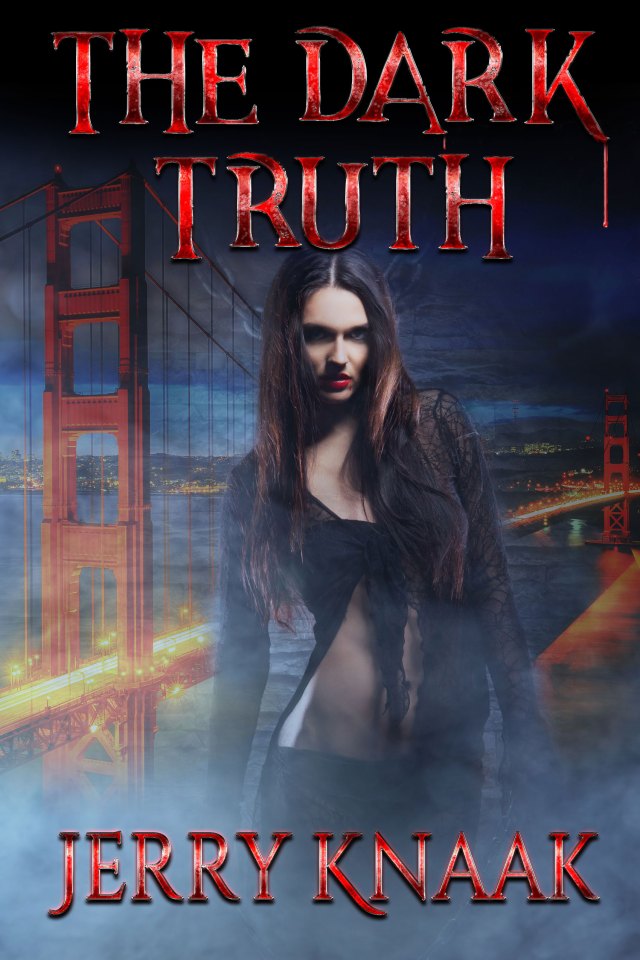 The train left the station back in March and it continues to roll on toward the release of my debut novel, The Dark Truth. Approximately three weeks ago, my publisher (Trifecta Publishing House) informed me that they were going to move my release date up from February 2018 to November of this year. Of course I was thrilled. Earlier this evening, I was given the official release and pre-sale dates.

I am happy and proud to announce that The Dark Truth will be released November 20, 2017, with the pre-sale getting underway October 25 (just in time for one of my favorite days of the year – Halloween)! And the book will be out the week of Thanksgiving, so it’ll make a great Black Friday purchase for you or a loved one.

The Dark Truth will be available in trade paperback and e-book. I’ll have more information in the next few weeks. I hope you enjoy reading the book as much as I enjoyed writing it. Give the gift of vampires this holiday season!

Here is a peek at the text from the back cover:

San Francisco PR pro Elizabeth Rubis reluctantly agrees to a night out on the town. Little does she know that her life will be altered forever as childhood night terrors come to life.

A Face in the Window

Elizabeth’s deepest, darkest fears crawl out of the inky blackness as her lifelong tormentor is revealed during a rare Northern California thunderstorm. A hallucination in the raindrops proves to be an evil, yet familiar entity.

A Baptism in Blood

Fueled by hatred for her tormentor, Elizabeth cuts a bloody swath across the San Francisco Bay Area in a desperate quest for revenge. No one is safe from her rage, not even her friends and family.

Well, by the time you listen to Chris Ingalls and I dissect the latest news events, we’ll be on to more craziness out of Washington. But hey, listen anyway and you’ll be treated Chris’ epic hairball coughing fit. 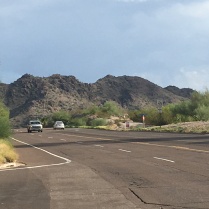 It’s that time of year and I am traveling for work once again. In 2015, I started a tradition of running in every city I visit. Although there are some repeat cities each summer/fall (and winter), there are always new spots on the itinerary. I have only missed two cities, Detroit in 2015 and Denver in 2016, and only because of the flu. I’ll be able to add several new cities this year.

I am no stranger to running in weather, especially heat. I prefer temperatures between 55-65 degrees, but I have run in the mid-90s and the low teens. Running in the summer where I live in California usually means higher temperatures unless I get up very early. And that’s usually a non-starter.

This past weekend, my occupation took me to Phoenix, Arizona, where temperatures are consistently in the triple digits during the day this time of year. The forecast told me that mid-80s were the overnight lows and early morning norm. So, I figured I’d get up early and get three miles in before heat stroke conditions kicked in.

I got up a little later than I wanted to, but I still headed out early enough, 8:00 a.m. PT or so. I wasn’t exactly sure where I was going. My hotel was near Camelback Mountain, which was visible on the other side of the Camelback Mall. I decided to head east on E. Camelback Road and see where it went. Just over a mile in to the run I decided to take a left and break toward the mountains. I headed north on N. 32nd until I edged past the 1.5-mile mark. I know better than try to run more than three miles or so in that kind of heat. I also know better than to try to set any new land speed records. My Nike Run Club app says it was 83 degrees during my run. Lies, all lies!

Cloud cover had shielded me from the harsh rays of the morning sun during the first mile or so. After running into the sunrise on my way out, the angry yellow nuclear reactor at the center of our solar system was at my back.

This happens to be the time of year in Phoenix when it gets a little humid. Thunderstorms are common as well. Although the temperatures in Phoenix are akin to June in my backyard, there’s something different about the heat there. Maybe it’s the proximity to the equator. But I basically ran through a blast furnace during the second half.

I like getting out for these runs so I can explore the local environs. Sometimes, though, I do them just to do them, just to say I did it. This run was a bit of both. My route wasn’t particularly exciting, it looks like an “L” on the map. But there was some scenery.

As I was trotting along, I had a good view of the mountains, there was a man-made pond of some variety, and I crossed a short bridge over a canal. Had I planned a bit better, running along the canal might have been the better option, but it also looked hot and dusty, kind of like my aqueduct runs here in California. On second thought, the canal probably would have been a bad idea.

This was my first run in Arizona. All things considered it wasn’t bad at all. I would have liked to have been a bit more adventurous. But I tend to be cautious when running in a new place unless I can find some established, well-worn running trails near my accommodations. The next travel run will be in Dallas and that will be a new one for me as well.

Funny, I was just looking at an old blog post about my goals for 2017. I wrote that I would blog more. Whups. I still have five months. Time to get cracking. I did finish my first novel, so accomplishing those goals wasn’t exactly a pipe dream.

As many of you who follow me on social media may already know, I recently got a pleasant surprise regarding my debut novel, The Dark Truth. Last Friday, I received a message from my publisher, Trifecta Publishing House. They said they just had a meeting, and since they were ahead of schedule, they wanted to move the release date of my debut novel, The Dark Truth, up three months. They asked if I was open to this. My initial thought was, “you don’t have to ask me twice.”

By Sunday night, I received an e-mail from Trifecta telling me that my author page on their web site had been updated with the “back cover blurb” for the book and my new release date!

So, The Dark Truth – a dark, gritty, bloody, neo-Gothic vampire tale set in modern-day San Francisco – is now set to be released in NOVEMBER instead of February. The pre-sale and official release dates have yet to be finalized. Let’s just say the dates should make sense with regard to a certain holiday that resonates with the genre, and the start of the Christmas shopping season. Give the gift of vampires this holiday season!

A member of the publishing house said that moving up the date was all my doing. I’m not sure how, I just met deadlines. After 25 years in journalism, I’m bit of a stickler for them.

I mentioned the “back cover blurb.” This is the promotional information about the story that appears on the back cover of the trade paperback. I’m happy to present it below:

San Francisco PR pro Elizabeth Rubis reluctantly agrees to a night out on the town. Little does she know that her life will be altered forever as childhood night terrors come to life.

A Face in the Window

Elizabeth’s deepest, darkest fears crawl out of the inky blackness as her lifelong tormentor is revealed during a rare Northern California thunderstorm. A hallucination in the raindrops proves to be an evil, yet familiar entity.

A Baptism in Blood

Fueled by hatred for her tormentor, Elizabeth cuts a bloody swath across the San Francisco Bay Area in a desperate quest for revenge. No one is safe from her rage, not even her friends and family.

Please visit my author bio page on Trifecta’s web site, and browse their site. They have numerous titles in several different genres in print right now, and even more through their Vintage Hill Press imprint. There’s still time to get in some summer reading. Don’t forget to visit my author web site and like my author page on Facebook.

There are a few steps left to go in the publishing process. The manuscript now goes to a proofreading stage, and then to a formatter. Then it’ll be off to beta readers and reviewers. I’ll get my print ready cover with cover quote and a proof copy. Once it’s all approved and finalized it will be put on the market in a pre-sale, and then finally released in trade paperback and e-book.

I am beyond excited and I can’t thank Trifecta Publishing House enough for their support and for taking a chance on me. So, look for the pre-sale in late October and the actual release in November. As soon as I have the exact dates, I’ll be sure to let everyone know. I hope you pick up a copy of The Dark Truth, and if you do, I hope you enjoy reading it as much as I enjoyed writing it.