I just realized that I forgot a few key points in my latest blog entry. These points are additional sources of my frustration and anger. Whenever you embark on a journey such as I have, unsolicited advice starts flowing like an endless river of confusion. I have written on many occasions that what works for one person doesn’t necessarily work for someone else.

There are some basic truths to how the human body works but there are no absolutes when it comes to the individual. There is so much information out there it’s hard to decipher and choose any kind of plan. The few truths and absolutes I have learned are: there is no quick fix, healthy diet and exercise are the answer, self-discipline is paramount.

That being written, I found it infinitely funny that Dr. Oz got blown up in a Twitter chat recently. The sheeple didn’t see that one coming but plenty of folks couldn’t wait to pounce on the guy and expose him. The guy is a quack, a paid spokesman. There was a time when I thought he was different, but he seemingly endorses way too many quick fixes and magic pills.

The point to adding on to last night’s entry? I am tired of people telling me where I should be at this point. How much I should be lifting, how many miles I should be able to run, how fast I should be to run. The only suggestion that made any sense was to try to run more miles rather than settle for the three I normally do. That I would never get any better if I didn’t. I have tried to push the envelope and go four miles on a walk or a run a few times. Many times it’s my schedule that dictates the mileage, not my body.

The bottom line is I do what I can and what my schedule allows. I don’t need to push too hard to injure myself.

Another thing that has annoyed me lately is the made-up fake names the fitness industry has come up with for exercises. Burpee is not in my vocabulary (okay, I know the irony of me writing it). The exercises we knew as kids were called calisthenics and they were good enough to keep us in shape. The fitness industry has modified these movements slightly and given them all new STUPID names. What’s a WOD? How was your work out? Hey it was great – we PK zip cross rip olly olly oxen frees! WTF? A sit up is a sit up, a squat thrust is a squat thrust.

Okay, rant over. We now resume our regularly scheduled blogging. 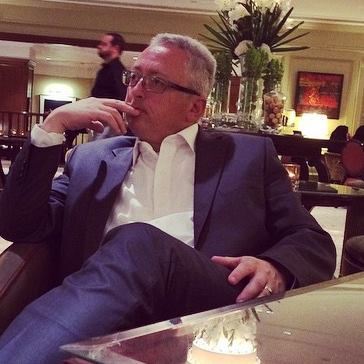 I just checked to see when I last wrote for this blog and was shocked to see that I haven’t written since July. I have often used the expression, “life gets in the way,” and that is very true in this case. I’m angrier and more frustrated than ever so this should make for an interesting entry.

Shortly after the last blog, I hurt my back and came awfully close to giving up the healthier lifestyle I’ve adopted. I was oh so close. When I first started gaining weight and developing a back problem, professional athletic trainers told me to reduce the size of my belly and increase core strength. Not that I scoffed at this advice, I just never could manage either. Well, as of that July blog, I had done three things – reduced my belly, increased core strength…and lost almost 50 pounds.

I bent over to pick up a shoebox…a friggin’ shoebox. According to my doctor, I sprained my back. I felt the telltale grab, the all-too familiar spasm. I prayed to all the gods anyone has ever called to that it wouldn’t lock up. My prayers fell on deaf ears.

I cursed my body. I vented to anyone who would listen. I wanted to give up right there and then. Every piece of advice, every opinion I had ever heard on the subject of my chronic back problem seemed to be baloney. I was ready to go back to being a couch potato and eat whatever I wanted. If my back went out when I was in decent shape or when I was overweight, what damn difference did it make?

My doctor was impressed with the weight loss to date, she said my BMI of 27 wasn’t a concern to her and that I was doing great with whatever I was doing.

Apparently my bark is worse than my bite because I didn’t quit.

After I got out of my funk, I was determined not to let the injury keep me down for long. I started with walking and gently added running back in. I didn’t lift any weights for a while. My job changes during July-August and I am able to eat three squares a day with minimal snacking. I got out and walked despite the stiffness and the severe pain. Within a few days I was able to run. I had better days than others but I didn’t let the back injury keep me from exercise.

Somehow, I lost five pounds in a month. I got down to my lowest weight yet – 184 pounds. My work schedule went back to normal as it is wont to do in mid to late August. I put the five pounds back on and then some. I tipped the scales at 195. I didn’t stay there long and I do believe I was retaining water for some reason.

I decided to hit the workouts hard. I had restarted Shortcut to Shred in fits and starts but this time I was determined to finish it. I managed about four weeks of the six before life got in the way again. But I did like the results from this attempt at the program but the numbers on the scale weren’t making me happy.

In fact, the numbers haven’t changed much in a year. I planned on writing a version of this blog back in July – angry man running short on patience. On November 3, 2013, I wrote that I achieved a major milestone – 190 pounds. I weigh 189.2 pounds as of this morning, In just over a year, I have lost nothing. Now, I don’t know if I have added any lean muscle. Some would say I have. I want 180. I don’t know why. Most would say it’s not the number on the scale that matters. Up until this morning, I may have disagreed. I really am trying to ignore the numbers on the scale. I’m not doing a very good job.

When I started this I set two weight goals. I got to the first in 11 months. One year later, I’m still at goal weight #1. I continue to work out five-six days a week. I lift weights, I run, I eat better and I can’t lose a pound.

I decided to take some advice and I started drinking water. A lot of water. I do nothing but pee now. I also thought long and hard about the two times over the summer I was able to move the needle on the scale. Knowing that I should eat something every couple of hours to spur the metabolism and recognizing the need to reduce carbs, the diet has been adjusted yet again. I also realized I have been spending more time lifting weights than running or walking. I started to rack up the running miles. Lo and behold the number on the scale started coming down. I am technically under 190 for the time in months.

Up until today I thought my belly was shrinking. After today I KNOW it is. It’s flatter than it has been in a long time. I’m not sure if it’s the weights, the increased running and walking, the food or a combination of all of these elements but I am seeing and feeling muscles that I thought long since entered the Federal Witness Protection program never to seen or heard from again.

However, wouldn’t you know it, I hurt my back again a couple of days ago. I did it doing a modified form of the goblet squat. At least it was a physical activity, exercise, and not something innocuous like trying to pick up a shoebox. I’m fairly pissed off this time too, however, the urge to quit isn’t there.

The only thing that is keeping me from having a full-blown hissy fit this time is what my doctor told me. She said that anything can cause this back injury and there is nothing I can do to prevent it. It starts with a wiggle, a wobble, a shimmy, or a little shake. I feel the grab and there’s nothing I can do to stop it. I powered through the workout anyway thinking I could keep the muscles from locking up. I took a hot bath thinking that would help.

It hurt so bad trying to get up in the middle of the night the first night I seriously thought about calling 9-1-1.

Needless to say I am not in a very good mood about all of this. I finally figure out how to get the scale moving in the right direction again, I finally start to see and feel progress again, and my body betrays me once again.

As an internet professional, I spend my days online and I have done a ton of research. You’d think that, by now, I would understand my own body. That I would understand what combinations of cardio and strength training and nutrition would get me to my goal weight and enable me to shred this fat.

But alas, after a year and almost 11 months, I am still confused and frustrated. At 45, I have the reflexes and agility of a dead cat. I’ve been told there are exercises for that too.

Since my last writing, I have run another official 5K race, broken my personal best in my personal 5K running, twice, and I manage as much exercise as possible. I think upping the water intake and increasing my miles running and walking have really helped with my body shape and turning the tide on the scale. Shin splints are back, yet not as severe. My right knee is a mess. But I keep trucking.

I still have body image issues and I probably always well. It doesn’t help that my body fails me and sometimes I feel like I’ll never look and feel the way want to.

In the immortal words of Billy Crystal as Fernando Lamas, “You know dahling, it is better to look good, than to feel good.”