First of all, let me get a little housekeeping out of the way. Please accept my humble apologies for not finishing the latest iteration of the countdown of my 100 favorite horror movies. I promise I’ll get to it. I was on deadline for my latest novel, and well, as they say, life got in the way. However, one of the films on that list is the reason for this post.

In 1987, I was on the verge of graduating high school and enlisting in the United States Navy. I had developed a friendship with a kindred spirit who liked some of the same horror novels and many of the same films that I enjoy. Our hometown of Rochester, N.Y., had a thriving midnight movie culture and we took them in on the the regular. These were not first run films mind you, not all of the them anyway.

Jean-Paul and I saw H.P. Lovecraft’s From Beyond and Re-Animator, Heavy Metal, Rocky Horror Picture Show and countless schlock “B” movies. Many times we were two of six movie goers in the theater, a few times we were the only two.

Evil Dead was released in 1981. We saw it as a midnight movie. What was intended to be a shocking gore fest and legitimate horror film had us rolling in the aisles. Then, in 1987, came Evil Dead 2. This second film plays more like a remake than a sequel and is closer to comedy than true horror. Buckets of blood are splashed across the screen, limbs are severed, and plenty of cheesy dialogue is spoken.

In what has become an iconic scene, the main character – Ash Williams played by Bruce Campbell – takes part in a typical gear up for battle scene. When he is ready to fight the evil with his new arsenal, which consists of a sawed off shotgun and a chainsaw, Campbell dead pans, “Groovy.”

Jean-Paul and I were stunned by the dialogue in this film, we couldn’t believe the lines Campbell was given. Cheesy was the only way we could describe it. Campbell taunted the demons possessing the living. This only got worse (or better depending on your perspective) in Army of Darkness in 1992 with lines like “Come get some,” “Gimme some sugar, baby,” and of course, “Hail to the King, baby.” Cheese yes, but part of the charm certainly, and one of the reasons why I love the films.

If I had to pick a year that forged our friendship, 1987 had to be it. Jean-Paul and I went to several concerts, I fixed my wardrobe and developed my musical tastes, and we bonded over our shared love of horror literature and films. Despite a gap in contact, and now a continent between us, we remain as close as we can be.

Last night, I attended “Who’s Laughing Now?” with Bruce Campbell at the iconic Castro Theatre in San Francisco. Campbell introduced a screening of Evil Dead 2 and then participated in a Q&A after the film. Sitting in a packed theater whose patrons cheered as if their team just won the championship when Campbell delivers, “Groovy,” was one of the highlights of the night.

Campbell was as funny, witty, and sharp-tongued as any stand-up comedian I’ve ever seen or heard. He regaled the audience of tales of the making of the Evil Dead films and the Ash vs the Evil Dead TV series and his place and turn in show business. It was a pleasure listening to him. I only wish Jean-Paul could have found his way out to California and experienced it with me.

It was a fun night. I put in for a beer at at the Twin Peaks Tavern before the show after taking BART and the Metro to get to the Castro District. I’ve lived in California for almost 19 years and this is the first time I have ever made it to that neighborhood or gone to that theater.

I’ve seen Campbell, a lifelong friend and co-conspirator of director Sam Raimi’s, in Raimi’s Spider-Man films, I’ve watched him in Bubba Ho-Tep, My Name is Bruce, Alien Apocalypse and a few other things. But with Ash Williams, he has created an iconic cult hero who I quote frequently. I use the word “groovy” in my vernacular because of him. I got tired of saying “cool.” “Groovy” means something to me.

More importantly, I bonded with my best friend over Campbell’s films and for that I am eternally grateful.

One thought on “An Evening with Bruce Campbell” 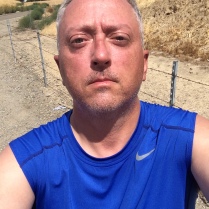 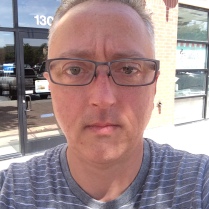 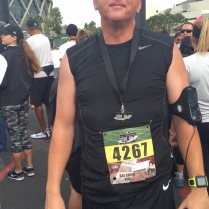 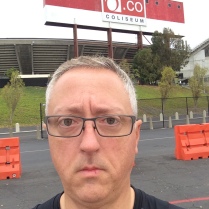 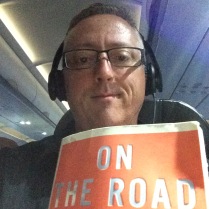 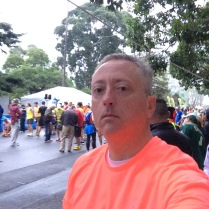 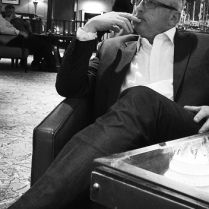 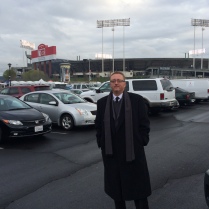 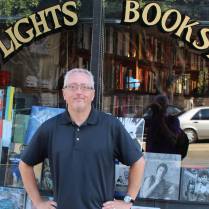 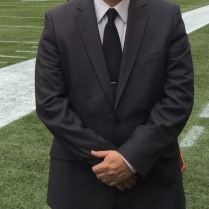 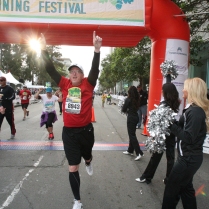 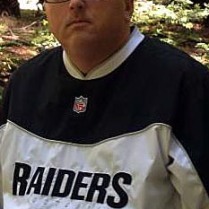 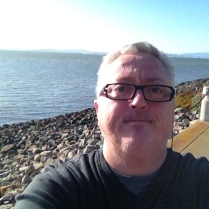 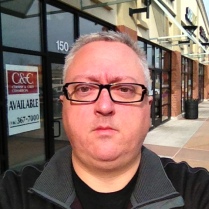 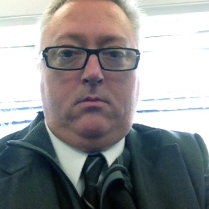